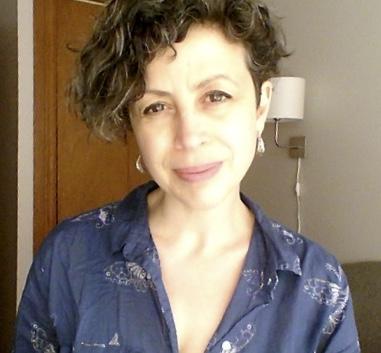 Jennifer Schacker is Professor of English, and has taught in the School of English and Theatre Studies since 2002. She received her M.A. and Ph.D. from the Folklore Institute at Indiana University, Bloomington, and her B.A. Hons. from McGill University. Prof. Schacker was awarded the College of Arts Teaching Excellence Award in Fall 2019.

Her previous book, Staging Fairyland: Folklore, Children's Entertainment, and Nineteenth-Century Pantomime (2018), examined 19th-century pantomime productions of such well-known tales as "Cinderella," "Little Red Riding Hood," and "Jack and the Beanstalk," as well as others whose popularity has since waned -- such as "Daniel O'Rourke" and "The Yellow Dwarf." These productions resonate with traditions of impersonation, cross-dressing, literary imposture, masquerade, and the social practice of "fancy dress." Schacker reclaims the place of popular theatre in histories of folklore and fairy tale, developing a model for the intermedial and cross-disciplinary study of narrative cultures. https://www.wsupress.wayne.edu/books/detail/staging-fairyland

With longstanding interest in the histories of handknitting, spinning, and needlecraft, and drawing on her training in ethnographic methods and material culture theory, Schacker has been involved in the study of contemporary craft/DIY movements -- with a special emphasis on the role of digital technologies and social networking in modern quilting. Interest in both narrative and material cultures is also reflected in her current work on subcultural uses of sewing, costume, and performance. She has begun preliminary fieldwork on children's development of stories both about and with play objects -- research that informs her recent course design in Literary & Cultural Studies, subtitled "Toy/Story," where undergrad students engage perspectives from the fields of folklore, material culture, childhood studies, museum studies, marketing, and toy research.

Jennifer Schacker's work has drawn on her training as a folklorist and literary scholar, and engages with developments in several related but distinct disciplines: folklore, anthropology, performance studies, material culture studies, children's literature, and fairy-tale studies.  She draws on this interdisciplinary field of reference in her teaching, introducing undergraduate and graduate students to a range of critical practices and research methods.