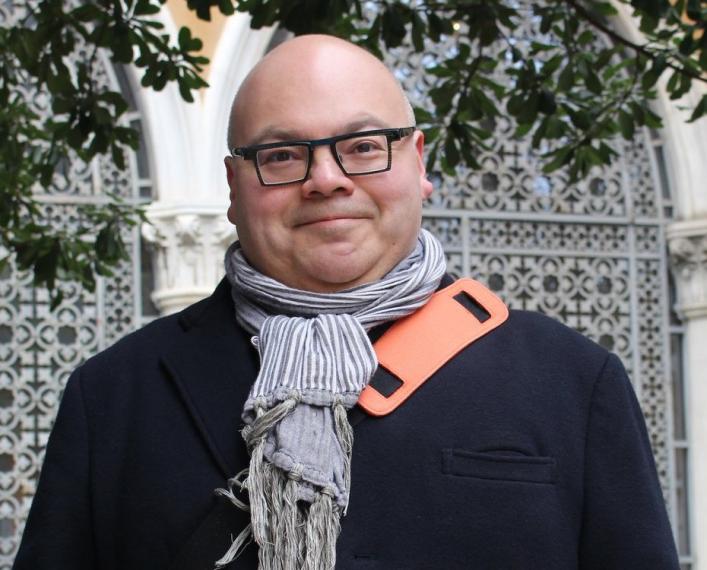 Pablo A. Ramirez received his PhD from the University of Michigan and BA from Yale University. He is an associate professor in the School of English and Theatre Studies. He teaches nineteenth-century American literature and Latinx Studies. He has published (or forthcoming) peer-reviewed essays in Nineteenth-Century Literature (2020), J19: The Journal of Nineteenth-Century Americanists (2020), Arizona Quarterly (2014), ESQ: Journal of the American Renaissance (2011), Aztlán: Journal of Chicano Studies (2010), and Canadian Review of American Studies (2009). He also has chapters in Re-Imagining Community and Civil Society in Latin America and the Caribbean (2016) and New Essays on Latina/o Canadian Theatre (2014).

Dr. Ramirez is currently working on a project titled, “Consent of the Conquered: Californio Romances and Contractual Freedom in Nineteenth-Century America.” This project examines how nineteenth-century Californian women writers engaged the language of contract in their cross-cultural romances in order to historicize, justify, or critique the shifting overlap between an American republic that idealized contractual unions and an American empire based on the abridgement of consent. Dr. Ramirez’s other main area of research is contemporary Latinx literature. His book project, titled "Collective Memory in the Borderlands," explores how Latinx writers engage both historical and collective memories in their fiction to overcome the gaps and omissions of nationalist archives and histories.

He advises graduate students in both the School of English and Theatre Studies and the Latin American and Caribbean Studies Program. He also holds an MFA in Creative Writing from the University of Miami and frequently serves as a second reader for the Creative Writing MFA program.

Nineteenth-Century Literature of the Supernatural and the Occult

“The Woman of Tomorrow: Gertrude Atherton and the Latina Foremother of the Californian New Woman.” Nineteenth-Century Literature forthcoming (March 2020).

"Conquest’s Child: Gold, Contract and American Imperialism in Ruiz De Burton’s Who Would Have Thought It?" Arizona Quarterly: A Journal of American Literature, Culture, and Theory 70.4 (Winter 2014): 143-165.

"American Imperialism in the Age of Contract: Herbert Spencer and Failed Contractual Capitalism in Ruiz de Burton’s The Squatter and the Don." ESQ: Journal of the American Renaissance 57.4 (2011): 427-455.

"Toward a Borderlands Ethics: The Undocumented Migrant and Haunted Communities in Contemporary Chicana/o Fiction." Aztlán: A Journal of Chicano Studies 35.1 (Spring 2010): 49-67.