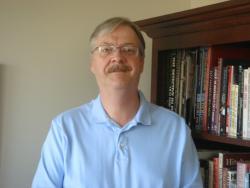 My teaching of Canadian Film has now spanned over 20 years. I am particularly interested in contemporary Canadian Cinema, including the work of such filmmakers as David Cronenberg, Don McKellar, Atom Egoyan, Patricia Rozema, Deepa Mehta and Ron Mann. I have published a review of Jesus of Montreal in Magill’s Cinema Annual (1990), and was a compiler and author of the introduction for Canada and Canadians in Feature Films: A Filmography (1996), a project which received a large grant from the SSHRC. More recently, I co-authored ten entries in A Guide to Canadian Cinemas (2001) published by Greenwood Press and am the author of the chapter on Don Mckellar in Great Canadian Film Directors (2007), published by the University of Alberta Press.
My interest in British cinema is also of long duration. My article entitled “Revising the Traditions: Hanif Kueishi and Contemporary British Cinema” appeared in the Canadian Journal of Film Studies in 1993. I have also written solicited reviews on British films for the online film journal, Offscreen. I have written a review (www.offscreen.com/biblio/phile/essays/powell_pressburger/) of the Criterion edition DVD of Michael Powell and Emeric Pressburger’s Tales of Hoffman and also of the films of Alan Clarke (www.offscreen.com/biblio/phile/essays/alan_clarke/).  For Offscreen I also wrote a commissioned opinion piece (http://www.offscreen.com/biblio/pages/essays/survey_responses/P1/) in honor of the 10th anniversary of the journal.

My favorite film director is Orson Welles. I wrote a chapter of my doctoral dissertation on Citizen Kane, my article on the trailer for Citizen Kane appeared in the Fall 2006 issue of the Canadian Journal of Film Studies and I recently taught a graduate module on Orson Welles as part of ENGL 6010.  I am currently researching the use of archival footage in Orson Welles: One Man Band, a fascinating documentary on the filmmaker.

My administrative roles at the University of Guelph have expanded in recent years. I am the Undergraduate Theatre Coordinator for SETS and have served as acting SETS director on several occasions. I am also a member of Senate and of the Senate Sub-Committee on Open Learning. I recently completed a six-year term as a member of the University’s Research Ethics Board, serving as associate chair in my final year with the Board. I have found my administrative pursuits profoundly educational, and regard them as a natural extension of my deep commitment to student learning at the university.