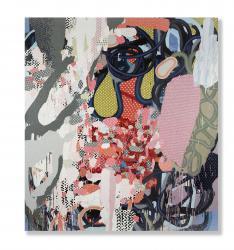 Trained as a painter and writer, John Kissick has held numerous academic posts, including Chair of Critical Studies at Penn State University’s School of Visual Arts, Dean of the Faculty of Art at the Ontario College of Art & Design from 2000 to 2003, and for the last nine years, Director of the School of Fine Art and Music at the University of Guelph. Kissick’s exhibition record includes numerous solo exhibitions in Canada, the USA and Germany, and his work has been included in a number of important survey exhibitions and public collections. A mid-career survey entitled John Kissick: A Nervous Decade, curated by Crystal Mowry, toured Canada from 2010 to 2012 and was accompanied by a major publication. Kissick is also the author of Art: Context and Criticism (1992,) was editor of the Penn State Journal of Contemporary Criticism from 1990 to 1995 and has written numerous catalogue essays and articles for periodicals. Two recent essays: “Elephants in the Room” for Canadian Art Magazine and “Disco and the Death Switch: Tales from Contemporary Abstraction” for Border Crossings were nominated for National Magazine Awards in 2009 and 2010.  John Kissick was elected to the Royal Canadian Academy for the Arts in 2005.