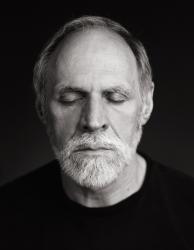 Robert Enright, University Research Professor in Art Criticism, is one of Canada's most prominent cultural journalists. He was the founder and is currently the Senior Contributing Editor to Border Crossings magazine. He has received 14 nominations at the National and Western Magazine Awards for his writing in Border Crossings, winning four gold and two silver medals. He was an art critic for CBC radio and television for 25 years and continues to contribute to a number of network programs. He also contributes regularly to the Globe & Mail, and to a number of international art magazines, including ArtReview, Modern Painters, ARTnews and Contemporary. Prof. Enright collaborated with Arthur Danto on the book, Eric Fischl: 19702000, and published a collection of 32 interviews under the title Peregrinations: Conversations with Contemporary Artists. He has also contributed essays, introductions and interviews to 20 catalogues in Canada, the U.S. and Europe. In addition to writing about the visual arts, he has conducted interviews and reviewed works in theatre, dance, film and performance art. In 2005 Professor Enright was made a Member of the Order of Canada by Governor-General Adrienne Clarkson. During the winter semester, he will conduct the Seminar in Theory and Criticism.