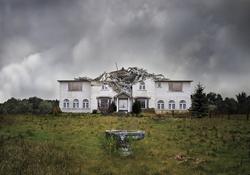 Susan Dobson’s photographs have been exhibited in solo and group exhibitions across Canada, as well as in the United States, United Kingdom, Belgium, China, Germany, Spain, and Mexico. Her work has also been exhibited in major photography festivals such as CONTACT (Toronto, Canada), Fotoseptiembre (Mexico City), Le Mois de la Photo (Montreal, Canada), Bitume/Bitumen (Brussels), and FotoNoviembre (Canary Islands), and her work was included in the Canadian Biennial titled Builders at the National Gallery of Canada in 2012.  She was a contributing artist to the Vancouver 2010 Cultural Olympiad. Her work is in the collections of museums and corporate collections, such as Centennial Gallery, the Art Gallery of Windsor, the Portland Museum, and the National Gallery of Canada. Dobson’s photographs have been featured in periodicals and newspapers such as CV Photo, Photo Metro, The Globe and Mail, Prefix Photo, and Border Crossings and have been published in Carte Blanche, a compendium of Canadian photography, and Massive Change by Bruce Mau. She has lectured on photography at a range of institutions, such as the University of Toronto and the National Arts Centre in Mexico City. Dobson is the recipient of two Gold National Magazine awards, and numerous awards and grants from the Canada Council for the Arts and the Ontario Arts Council, including the K.M. Hunter award for visual arts. Most recently, she received a major grant from the Social Sciences and Humanities Research Council of Canada to fund a collaborative project with curator Alison Nordström (George Eastman House) titled The Pictured Past and the Future Perfect: Shifting Tenses in Contemporary Photography. Dobson is Associate Professor, Photography Department Head, and MFA Program Coordinator at the University of Guelph.