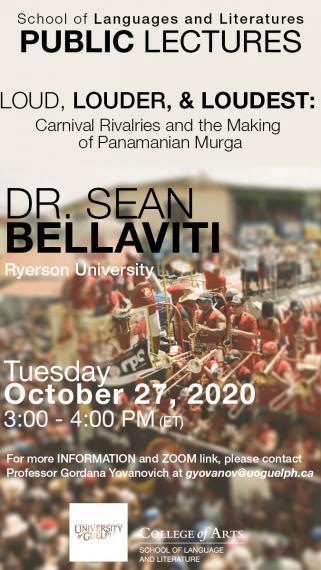 When the competing murgas of Calle Abajo and Calle Arriba, with their forty-plus horn players accompanied by a cadre of drummers, slowly exit the side streets of their respective barrios and make their way onto the central drag that encircles Las Tablas’s Parque Bellisario Porras, they do so with the aim of out-blowing and out-drumming their...
The School of Languages and Literatures presents guest speaker, Dr. Amara Lakhous, as he discusses Mainstream Identity Is a Golden Cage. Amara Lakhous was born in... 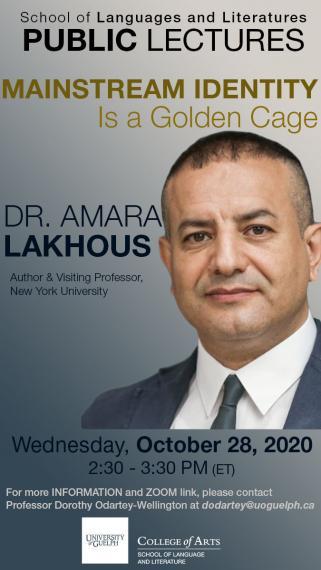 In my life, I have never been part of a mainstream identity. I was born in Algeria to a very Berber family. I lived for 25 years as a minority in this Arabic context. In 1995, I immigrated to Italy and I experienced the challenges of belonging to the Muslim North African minority in Italy, especially after September 11th, 2001. In 2014, I moved to New York. This peripheral identity has pushed me to continually ask myself: How can I reconcile my culture of origin with new cultures? How should I behave with... 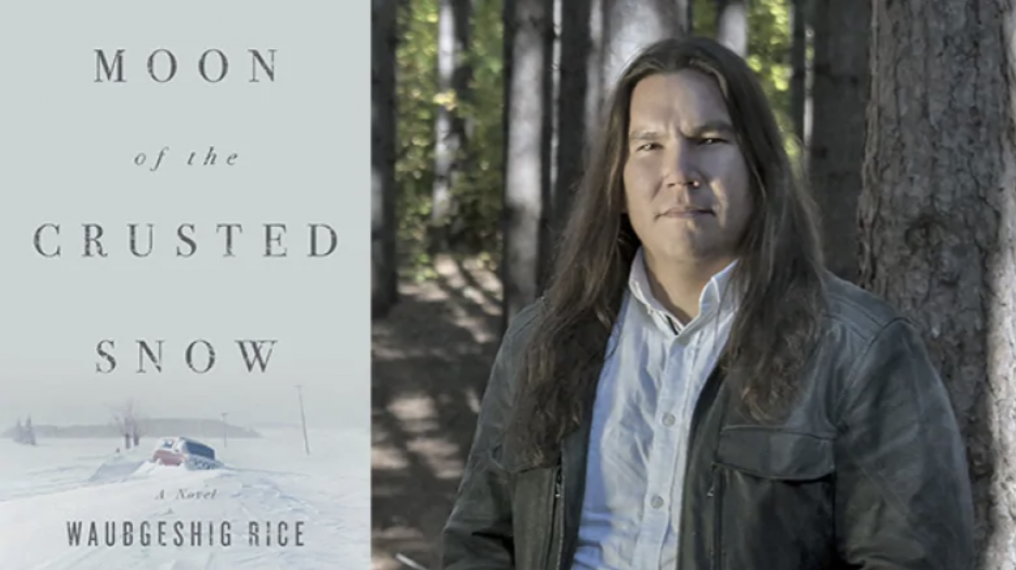 Waubgeshig Rice (author: Moon of the Crusted Snow) Waubgeshig Rice is an author and journalist originally from Wasauksing First Nation. His first short story collection, Midnight Sweatlodge, was inspired by his experiences growing up in an Anishinaabe community, and won an Independent Publishers Book Award in 2012. His debut novel, Legacy, followed in 2014. A French translation was published in 2017. His latest novel, Moon of the Crusted Snow, was released in October 2018 and became a national bestseller. 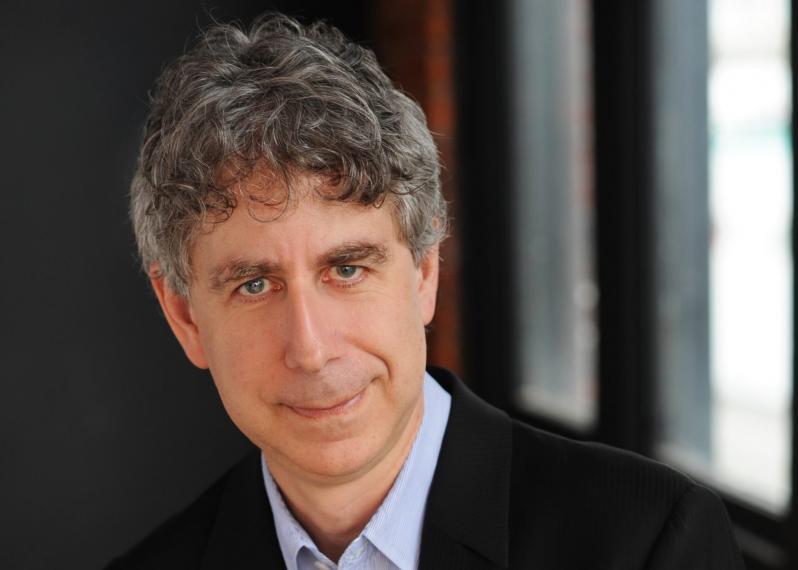 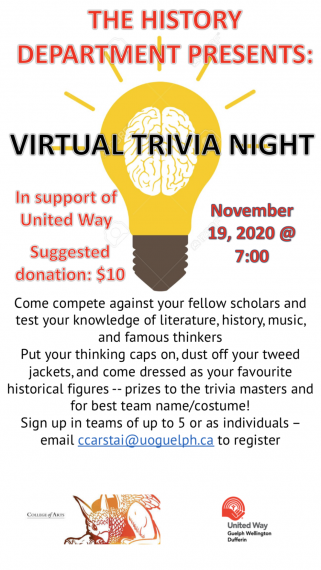 The History Department Presents: United Way Trivia Night Fundraiser Come compete against your fellow scholars and test your knowledge of literature, history, music, and famous thinkers. Put your thinking caps on, dust off your tweed jackets, and come dressed as your favourite historical figures -- prizes to the trivia masters and for best team name/costume! Sign up in teams of up to 5 or as individuals – email ccarstai@uoguelph.ca to register
Praba Pilar (Mestiza, Columbia) Biotech artist and Co-Director of the Hindsight Institute, Davis, California Lecture: Technotamaladas: Sustainable Technologies for Communities of Color 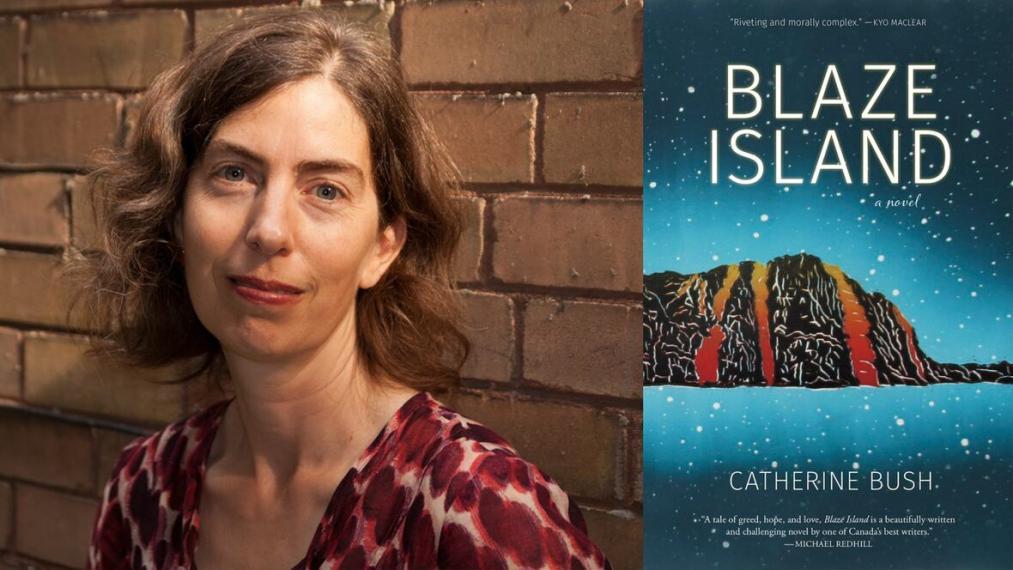 Catherine Bush (author: Blaze Island) Catherine Bush is the author of five novels, including Blaze Island (2020). Her work has been critically acclaimed, published internationally and shortlisted for literary awards. Accusation(2013) was one of NOW magazine’s Best Ten Books of 2013, an Amazon.ca Best Book and a Canada Reads Top 40 pick. Minus Time (1993), her first novel, was shortlisted for the Books in Canada/SmithBooks First Novel Award and the City of Toronto Book Award. Her second novel, The Rules of Engagement (2000) was a national bestseller and... 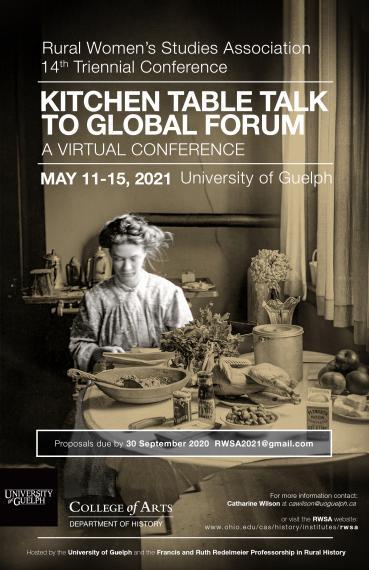 From May 11 to 15, 2021, the RWSA is hosting their 14th Triennial Conference, Kitchen Table Talk To Global Forum Virtual Conference at the University of Guelph. The RWSA is an...