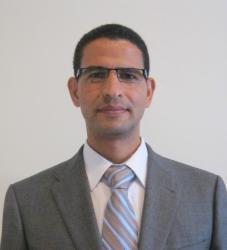 books
Arab Occidentalism: Images of America in the Middle East (London: I. B. Tauris, forthcoming 2014).

“Who Defines Me: Orientalism Revisited and Occidentalism Redefined in Post 9/11 Era,” International Journal of Interdisciplinary Social Sciences 5, no. 10 (2012): 73-84.

“Islamophobia: What Is in a Name? Analysis of US Press Coverage of the Term after 9/11,” Contemporary Issues, Critique and Thought, Islamonline.net, Feb. 16th, 2009.

“With Us or a Terrorist: Bush anf Bashar’s Holy Wars Against Terrorism,” Today’s Zaman, October 24, 2012.

selected invited lectures:
University of Waterloo, The Balsillie School of International Affairs (BSIA), Guest speaker to make a presentation on “Obamaism and a New Perception of the US in Egypt,” March 28, 2013.

The SUNY Institute of Technology in Utica, New York. Guest Speaker at the event on “Information Exchange and Social Change in the Contemporary Middle East and Central Asia.” My Talk is titled, "Tahrir Square Culture: Egypt after Mubarak." March 2012.

“Media(ting) Otherness: Visual Representations of the U.S./West in the Post 9/11 Era,” Center for American Studies and Research (CASAR) at the American University in Beirut Conference “Shifting Borders: America and the Middle East/ North Africa,” Beirut, 11-14 January 2012.