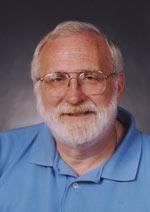 American concepts of leadership and authority
Abortion controversy since 1960

"Interpreting the Pro-Life Movement: Recurrent Themes and Recent Trends,” in Life and Learning 9 (2000).

"The Right to Life Movement: Sources, Development, and Strategies," in The Politics of Abortion and Birth Control in Historical Perspective, reprinted from the Journal of Policy History (1996).

"Abortion and the Rhetoric of Legitimacy," David Mall, ed. When Life and Choice Collide: Essays on Rhetoric and Abortion (Libertyville, IL: 1994), 9-31.

"Euthanasia", "Gallicanism", "Right to Life Movement" and "Ultramontanism," The Dictionary of Christianity in America (Intervarsity Press, 1990).

"Leadership and the Progressive Imagination," Journal of American Culture 5 (Fall 1982).