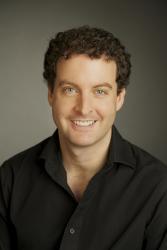 After completing my BA at McGill, where I was awarded the Governor-General's Medal for highest standing in the undergraduate Arts programme, I completed my MA under Professor John Zucchi. I was awarded a Commonwealth Scholarship for PhD study in the United Kingdom, which I took up at the University of Edinburgh in order to work with Professor R.J. Morris in the Department of Economic and Social History. I have been on faculty at the University of Guelph since 2000 and in 2020 was appointed to the externally endowed Scottish Studies Foundation Chair.

My teaching and research focuses on Ireland and Britain during the long nineteenth century, and also encompasses trans-national themes such as travel, tourism, and the history of the modern hospitality sector. I focus on the experiences of Scotland and Ireland, and interactions and comparisons between them.

My current research, drawing on old hotel books, explores the social and cultural history of the inn and hotel in Victorian Scotland, Ireland, Wales, England and the Isle of Man. It extends my previous research programme, which examined ‘tourist development’ projects in nineteenth-century Ireland and the intersections of gendered, racial and class identities in Irish travel writing. I have longstanding interests in comparative modern Scottish and Irish social history and connections between them through tourism.

I am also deeply engaged in public outreach, through diverse media, public talks, digital communication, and partnerships with civil society.

Both my current work on hotel and inns and my previous projects on Irish and British tourism and travel history have been funded through SSHRC grants and numerous other external funding bodies. One of my current international collaborations explores the history of the guestbook in Switzerland, in a project led by Professor Patrick Vincent at l'Université de Neuchâtel.

In addition to my ongoing research programme on the visitors' book in hotel culture, I am leading a developing project exploring hotels in Britain during and after World War I. For details of that SSHRC-funded project, please visit its website: http://hotelsinhistory.com/

I am also excited to be co-edting, with Eric G.E. Zuelow of the University of New England, the Oxford Handbook of Tourism History, intended to be a landmark publication and definitive resource for scholars in the field.

Areas of Research for Graduate Supervision:

I especially welcome graduate students with interests in tourism and travel history in Ireland and Britain. You will find excellent archival resources here and a collegial environment in which to work with many faculty and students with interests in these fields, as well as competitive financial support, including the Alastair J. Durie Research Travel Grant, to support research in travel and tourism history. "The Victorian Visitors' Book as Genre and Artifact," in The Material Culture of Writing, edited by Cydney Alexis and Hannah J. Rule, 194-210. Louisville, CO: Utah State University Press as an imprint of University of Colorado Press, 2022.

Kevin J. James & Andrew P. Northey, “'One day in spring I here did bring my old boneshaker bicycle”: Visitors’ Books, Inns and Technologies of Travel in the Late-Victorian Home Counties," Studies in Travel Writing 25, no. 3 (2021): 275-297

"The Album of the Fathers and the Father of All Albums: Inscribing Wonder and Loss at the Grande Chartreuse," in Continental Tourism, Travel Writing, and the Consumption of Culture, 1814-1900, edited by Benjamin Colbert and Lucy Morrison, 41-60. Cham: Palgrave Macmillan, 2020.

"Afterword," in Anglo-American Travelers and the Hotel Experience in Nineteenth-Century, edited by Monika M. Elbert and Susanne Schmid, 269-281. London: Routldge, 2018. “‘[A] British Social Institution’: The Visitors’ Book and Hotel Culture in Victorian Britain and Ireland,” Journeys: The International Journal of Travel Writing 13, no. 1 (2012): 42-69.

“Meeting Kate Kearney at Killarney: Gender, Sexuality and Performances of a Literary and National Subject, 1850-1914,” in Travel Writing and Tourism in Britain and Ireland, edited by Benjamin Colbert, 181-200. Houndmills: Palgrave Macmillan, 2012.

“Constructing the Donegal Seaside at Rosapenna: Imagining Norway in Victorian and Edwardian Ulster,” in Art and Identity at the Water’s Edge, edited by Tricia Cusack, 211-218. Farnham: Ashgate Press, 2012.

"In No Degree Inferior": Scotland and 'Tourist Development' in Late-Victorian Ireland," in Ireland and Scotland in the Nineteenth Century, edited by James McConnel and Frank Ferguson, 11-22. Dublin: Four Courts Press, 2009.

“'Wilds of Ireland’: Tourism and Western Terrain in the Late-Nineteenth and Early-Twentieth Centuries,” in Irelands of the Mind: Memory and Identity in Modern Irish Culture, edited by Richard C. Allen & Stephen Regan, 12-31. Newcastle: Cambridge Scholars, 2008.

My research has been supported by visiting fellowships at the Research Institute of Irish and Scottish Studies at University of Aberdeen and the Northrop Frye Centre, Victoria College, University of Toronto.

It has also been funded by the following external sources: