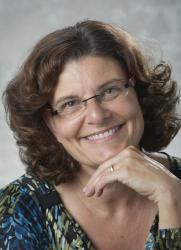 Feminism and Voluntary Action: Eglantyne Jebb and Save the Children, 1876-1928 (London: Palgrave MacMillan, 2009).

The Magdalenes: Prostitution in the Nineteenth Century (London: Routledge, 1990).

“Elementary Teaching as Toil: The Diary and Letters of Miss Eglantyne Jebb, a Gentlewoman Schoolmistress,” History of Education Journal 35, no. 3 (May 2006): 321-43.

"Feminists, politics and charity: the formation of the Save the Children Fund," Voluntary Action: The Journal of the Institute of Volunteering Research 6, no. 1 (Winter 2002): 71-82.

"Campus Sex Crime, Journalism, and Social Control," in Social Control in Canada: Issues in the Social Construction of Deviance, edited by B. Schissel and Linda Mahood (Toronto: Oxford University Press, 1996), 352-372.