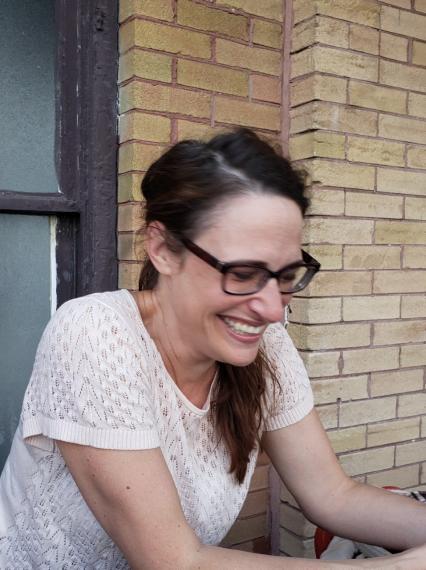 The Guelph History Department is thrilled that Professor Sofie Lachapelle has recently been named Dean of Arts at Wilfrid Laurier University.

We wish her all the best with this exciting opportunity and are delighted she will remain part of our extended family within the Tri-U History Graduate Program, which closely links History graduate students and faculty at Guelph with those at Laurier and Waterloo.

areas of research for graduate supervision:
history of science
science, culture, and entertainment
history of the human sciences
modern France

My monograph Conjuring Science: A History of Scientific Entertainment and Stage Magic in Modern France (New York: Palgrave Macmillan, 2015) explores the relationship of science, magic and entertainment in nineteenth and early twentieth-century France, focusing on the world of conjurers and magic shows. I am presently working on a project dealing with the relationship of opera and physiology in late-nineteenth-century France.

Investigating the Supernatural: From Spiritism and Occultism to Psychical Research and Metapsychics in France, 1853-1931 (Baltimore: Johns Hopkins University Press, 2011).

"Prophecies of Pilgrimage: The Rise and Fall of Marie Bergadieu, the Ecstatic of Fontet," in Henk de Smaele, Tineke Osselaer, and Kaat Wils-Verhaegen, ed., Sign or Symptom? Exceptional Corporeal Phenomena in Medicine and Religion (Leuven: University of Leuven Press, ​2017), 55-74.

with John Donald et al. "On the Place of the Humanities and Social Sciences in the Engineering Curriculum: A Canadian Perspective," Global Journal of Engineering Education, vol. 19, no.1 (2017), 6-18..

with Heena Mistry, "From the Waters of the Empire to the Tanks of Paris: The Creation and Early Years of the Aquarium Tropical, Palais de la Porte Dorée," Journal of the History of Biology 47 (2014): 1-27.

with Jenna Healey, "On Hans, Zou and the Others:  Wonder Animals and the Question of Animal Intelligence in Early Twentieth-Century France," Studies in History and Philosophy of Biological & Biomedical Sciences 41 (2010): 12-20.

“From the Stage to the Laboratory: Magicians, Psychologists, and the Science of Illusion,” Journal of the History of the Behavioral Sciences 44, no. 4 (Autumn 2008): 319-334.

“Attempting Science: The Creation and Early Development of the Institut Métapsychique International in Paris, 1919–1931,” Journal of the History of the Behavioral Sciences 41, no. 1 (Winter 2005): 1-24.

“Between Miracle and Sickness: Louise Lateau and the Experience of Stigmata and Ecstasy,” Configurations 12 (2004): 77-105 .