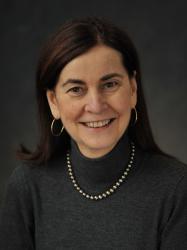 American Association for the History of Nursing, H-15 Research Grant,  2016

My research progressively seeks to give voice to and interrogated nursing’s complex and contested contribution to global health and humanitarianism. As nurses carved out personal and professional space within the global healthcare landscape, they acted as agents of change even as they were profoundly altered by their cross-cultural experiences. The resulting ethical, political, and professional tensions, recovered through nurses’ narratives from the field, weave across my scholarly publishing to provide a more textured understanding of nursing’s past, present, and future direction. Like other Western historians, I grapple with the concept of speaking up for Indigenous nurses’ agencies and not speaking for them.

My journey to push the boundaries of the scholarly conversations across disciplines continues. My next monograph, entitled: “Rice Paddy Diplomacy; the Quakers’ and Canadians’ Medical Engagement in South Vietnam,” will compare and contrast two civilian clinics operated in the village of Quang Ngai: the Quaker Rehabilitation Centre and the Canadian International Development Agency (CIDA) Tuberculosis Hospital. How did these civilian nurses negotiate space given the military’s campaign to win the heart and minds of Vietnamese people? Canada did not officially participate in the war and therefore remained technically neutral. Was the Quaker operation, as it always claimed, more culturally attuned and independent of Americans military forces than its Canadian counterpart. What lessons does this case study reveal about the challenges and opportunities for nurses’ medical humanitarian diplomacy in the 21 Century?

My current research complements my teaching at the University of Guelph. My FYS seminars, simulating a twelve-week training courses at a humanitarian institute, are highly interactive inquiry-based courses that span disciplines. The socio-economic determinants to health and its central role in meeting basic human security in the 21st Century, especially as it relates to children’s rights, at home and abroad, provide the central focus of inquiry for both courses. with David Murray, Armies of Peace: Canada and the UNRRA Years (University of Toronto Press, 2008).
https://utorontopress.com/ca/catalogsearch/result/?q=Armies++of+Peace