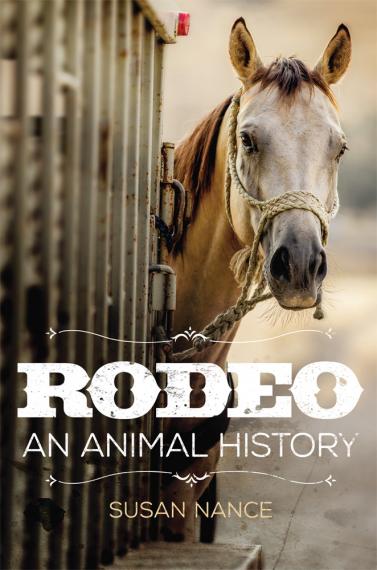 Susan is currently working on a new project, Animals of the Las Vegas Strip, a study of the nature and scope of the wild and exotic animal trade in the United States grounded in the history of one American city. The project is funded by a Social Sciences and Humanities Research Council (SSHRC) Insight Grant and brings together the fields of animal, environmental, consumer, and entertainment history. It asks: What it was like to be a trafficked wild animal in the 20th century?

Susan's most recent articles and other things are posted below and at www.susannance.com

Visit the Campbell Centre for the Study of Animal Welfare: www.uoguelph.ca/ccsaw/ Ranching and the American West: A History in Documents, Broadview Sources Series (Peterborough, ON: Broadview Press, 2021).

"Who is a Greyhound? Reflections on the Nonhuman Digital Archive," in Traces of the Animal Past: Methodological Challenges in Animal History, edited by Jennifer Bonnell and Sean Kheraj (Calgary: University of Calgary Press, 2022).

"Children, Animals, and the Fantasies of the Circus," in Animals and Their Children in Victorian Culture, edited by Brenda Ayers and Sarah Elizabeth Maier (New York: Routledge, 2019), 215-36. “A Star is Born to Buck: Animal Celebrity and the Marketing of Professional Rodeo” in Sport, Animals and Society, edited by Michelle Gilbert and James Gillett (New York: Routledge, 2013), 173-91.

“Game Stallions and Other 'Horseface Minstrelsies' of the American Turf,” Theatre Journal, Special Issue on Interspecies Performance 65, no. 3 (October 2013): 355-72.
> featured on the JStor Daily blog: "The Myth of the Noble Racehorse"

“On Wild Animals, Hubris and Redemption: A Review of Water for Elephants, The Elephant in the Living Room, and One Lucky Elephant,” Society & Animals: Journal of Human-Animal Studies 20, no. 4 (Fall 2012): 401-407. selected curations, roundtables, and comments
"How Can We Represent the Diversity of the Ranching West?" Broadview Press Blog, April 5, 2022.

"The Calgary Stampede Isn't Going Anywhere," NiCHE - Network in Canadian History and Environment, July 23, 2019.
> a version of this piece also appeared at: "Rodeo is a Theatre of Violence and Danger - And It's Not Going Anywhere," The Conversation, July 30, 2019.

"The Privatization of Nature and the Future of Circus Elephants in America," AHA Today Blog, May 31, 2016.