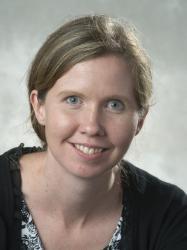 current research
Dr. Ferreira's research has examined political centralization in Portugal during its early overseas expansion, evaluating the motives which led to the creation of its overseas empire. Her present research concerns the cultural assimilation of New Christians in Portugal, many of whom were forcibly converted by the Portuguese crown following the so-called expulsion of Jews and Muslims in 1496-97. “The Cost of Majesty: Financial Reform and the Development of the Royal Court at the Turn of the Sixteenth Century," in Money Markets and Trade in Late Medieval Europe, edited by Lawrin Armstrong, Ivana Elbl and Martin M. Elbl (Leiden and Boston: Brill, 2007), 210-32.

"Agents of Political Change: Female Landowners in Portugal at the Turn of the Sixteenth Century,” Portuguese Studies Review 13 (2005): 115-34.

“Prestige, Ideology and Social Politics: The Place of the Portuguese Overseas Expansion in the Policies of D. Manuel (1495-1521).” Itinerario: Journal on the History of European Expansion and Global Interaction 40, no. 1 (2000): 21-45.