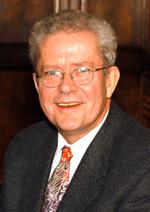 co-authored with Alexander Ross, The College on the Hill: A New History of the Ontario Agricultural College, 1874-1999 (Toronto and Oxford: Dundurn Press, 1999).

Agnes Macphail and the Politics of Equality (Toronto: Lorimer and Co., 1990).

co-authored with C.A.V. Barker, One Voice: A History of the Canadian Veterinary Medical Association (Ottawa, 1989).

"Writing for Whom? Isabel Murphy Skelton and Canadian History" and "History and Human Agency: The Case of Agnes Macphail, Canada's First Woman M.P." in Framing our Past: Constructing Canadian Women's History in the Twentieth Century, edited by Sharon Cook and Lorna McLean (Montreal and Kingston: McGill-Queen's University Press, 2001).

"Isabel Skelton: Precursor to Canadian Cultural History," in Creating Historical Memory: Canadian Women and the Work of History, edited by A. Prentice and B. Boutilier (Vancouver: UBC Press, 1997), 174-201.

"J.J. Morrison and the Transition in Canadian Farm Movements in the Early Twentieth Century," Agricultural History 71 (1997): 330-56.

"The French Regime to 1760," in A Concise History of Christianity in Canada, edited by Terence Murphy and Roberto Perrin (Toronto: Oxford University Press, 1995), 1-58.

"Madonnas Before Magdalenes: Adelaide Hoodless and the Making of the Canadian Gibson Girl," Canadian Historical Review 67 (1986): 520-547.