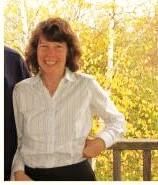 University of the Highlands and Islands, Visiting Professor 2021-5

University of Guelph, Professor of History and Scottish Studies, Department of History, 1988-2020

Jessica Lees, "Conjuring the Devil: Accusations of Witchcraft and the Reclamation of Masculinity in Early Modern Scotland" MA 2016

"Crossing Borders and Boundaries: The Use of Banishment in Sixteenth-Century Scottish Towns" in Crossing Borders:  Boundaries and Margins in Medieval and Early Modern Britain ed Sara M. Butler and Krista Kesselring (Leiden: Brill, 2018), 237-57.

"'Tongue You Lied': The Role of the Tongue in Rituals of Public Penance in Late Medieval Scotland," in The Hands of the Tongue: Essays on Deviant Speech, edited by E.D. Craun. (Kalamazoo: Medieval Institute Publications, 2007), 115-36.

"Mistresses of Themselves? Female Domestic Servants and By-Employments in Sixteenth-Century Scottish Towns," In Domestic Service and the Formation of European Identity, edited by A. Fauve-Chamoux (Bern: Peter Lang, 2004), 411-33.

"The Dangers of Manly Women: Late Medieval Perceptions of Female Heroism in the Second War of independence," in Woman and the Feminine in Medieval and Early Modern Scottish Literature edited by S. Dunnigan et al, ed. (Basingstoke: Palgrave Macmillan, 2004), 3-18

"Scottish Portias: Women in the Courts in Mediaeval Scottish Towns," Journal of the Canadian Historical Association 3 (1992): 27-43.

"The Community of the Burgh in the Fourteenth Century," in The Scottish Medieval Town, edited by M. Lynch et al. (Edinburgh: John Donald Press, 1988), 32-45.