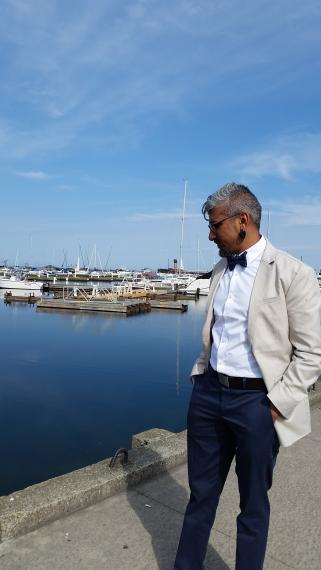 In general, I am drawn to philosophical work that is unafraid to ask the perennial questions and articulate (however, painstakingly -- because that is what it takes!) an ambitious systematic vision for how human beings can understand themselves and the ultimate significance of their place in the natural world. I like it, even more, when such work tries to be historically-sensitive, self-critical about its presuppositions, and careful about too quickly reducing the living phenomenon to a scientific image (although, I am quite eager to keep abreast of what the best science can tell us about how things are). All serious attempts at intellectual life are, in one way or another, the ongoing struggle for an optimal balance between the virtues of greater precision and greater synthesis. And I remain convinced that there are dimensions of human experience, both crucially meaningful and yet sorely in tension, that ultimately demand a better articulated and more comprehensive philosophical account. I am inspired by philosophers who model hopeful ways of laying claim to that task.

My doctoral research is focussed on the question, 'What justifies the absolute (or in Kant's terms, unconditioned) character of the claim that morality appears to make on us, given the fact that every answer we can offer appears vulnerable to the charge that it is merely conditioned?' My dissertation attempts to demonstrate that Hegel's systematic philosophy offers a plausible resolution that adequately recognizes the force of both sides of this dilemma, even as it develops an account that acquits itself as both philosophically sophisticated as well as robustly practical.