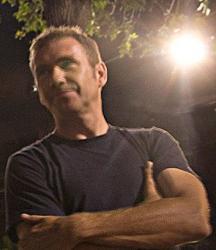 I love teaching and I love teaching philosophy in particular.  I think philosophy is the most important and most fulfilling thing that people do, and my life is devoted both to developing my own engagement with philosophy and to assisting others along this path, primarily through the rigorous and disciplined study of the most important philosophical texts of our tradition.  Over the last 25 years, I have taught virtually every standard course within the discipline, but my primary focus in both graduate and undergraduate teaching has been on the great works of ancient philosophy and of 19th and 20th Century European philosophy.

I've been supervising graduate students for about 20 years, and during that time I have been the supervisor for about 25 doctoral dissertations and about 25 MA theses.  I have supervised dissertations on Plato (3), Aristotle (3), Hegel (8), Heidegger (4), Merleau-Ponty (6), Husserl (1), Gadamer (1) and Dewey(1).  Almost all of the PhD students I have supervised have gone on to become university professors. I am always eager to supervise the work of serious, independent and well-prepared students working in the areas of my expertise.

Over the past few years I have written three books that deal with the formation of personal identity and with the issues that structure our meaningful involvement in everyday life.  My philosophical perspective in these books is largely rooted in phenomenology and related work in contemporary European philosophy.  The first, Human Experience, focuses directly on the formation of personality.  I look at the distinctive role that the family plays in personal development, and develop an account of mental health in this context. The second, Bearing Witness to Epiphany, studies the nature of meaning in general, and then focuses on the distinctive significance that other people have for our lives.  This book develops an ethics that focuses on interpersonal relationships rather than individuals, and argues for the central and distinctive role of artistic expression in personal development.  The third, Sites of Exposure, focuses on the distinctive nature of individual experience and its cultural and political context.  This work is especially a study of the political, historical, and artistic context that shapes contemporary life.  I have just finished a fourth book entitled Adult Life, which studies the distinctive meaning of "adulthood" within human experience, and which I hope will be published in the near future.

I have also just finished writing a new book on Plato's Republic.  I hope that will be published in the near future.

Beyond these books, I have published many articles and book chapters, mostly focusing on topics in phenomenology (especially on Merleau-Ponty, Heidegger and Derrida) and in ancient philosophy (especially Plato and Aristotle), and I have edited books on Hegel, Plato, and Merleau-Ponty. I am also the editor of a book-series for Northwestern University Press called Rereading Ancient Philosophy.

I am the Director of the Toronto Summer Seminar in Philosophy, a independent annual workshop for faculty and advanced graduate students, which is now in its 14th year.

I also have a website (that I haven't updated in awhile).  It has some interesting stuff on it: johnrusson.com

Sites of Exposure: A Philosophy Essay on Art, Politics and the Nature of Experience, (Bloomington: Indiana University Press, 2017).

The Self and its Body in Hegel’s Phenomenology of Spirit, (Toronto, ON: University of Toronto Press, 1997).

Perception and Its Development in Merleau-Ponty's Phenomenology, co-edited with Kirsten Jacobson, (Toronto, ON: University of Toronto Press, 2017).

Hegel and the Tradition: Essays in Honour of H.S. Harris, co-edited with Michael Baur, (Toronto, ON: University of Toronto Press, 1997).

"Freedom and Passivity: Attention, Work and Language," in Kirsten Jacobson and John Russon (eds), Perception and Its Development in Merleau-Ponty's Phenomenology, (Toronto, ON: University of Toronto Press, 2017), pp 25-39

“Self and Suffering in Buddhism and Phenomenology: Existential Pain, Compassion and the Problems of Institutional Healthcare,” in Siby George and Pravesh Jung (eds), Cultural Ontology of the Self in Pain, (Springer, 2015), pp 181-196.

“On Secrets and Sharing: Hegel, Heidegger and Derrida on the Economics of the Public Sphere,” in Divya Dwivedi and V. Sanil (eds), Public Sphere Outside the West, (New Delhi: Bloomsbury, 2015), pp 41-57.

“The Impossibilities of the I: Self, Memory, and Language in Merleau-Ponty and Derrida,” in David Morris and Kym Maclaren (eds) Time, Memory, Institution: Merleau-Ponty’s New Ontology of Self, (Athens: Ohio University Press, 2015), pp 91-105.

“The Virtues of Agency: Phenomenological Reflections on Confidence, Courage and Creativity,” in Phenomenology and Virtue Ethics, Kevin Hermberg and Paul Gyllenhammer (eds), (Bloomsbury, 2013).

“Heidegger and Space: The Open in which We Sojourn,” (co-authored with Kirsten Jacobson), The Bloomsbury Companion to Heidegger, Eric Nelson and François Raffoul (eds), (Bloomsbury, 2013).

“The Project of Hegel’s Phenomenology,” in in Stephen Houlgate and Michael Baur (eds), A CompanionTo Hegel, (Wiley-Blackwell, 2011), pp 47-67.

“Personality as Equilibrium: Fragility and Plasticity in (Inter-)Personal Identity,” Phenomenology and the Cognitive Sciences, forthcoming 2017).

“Between Two Intimacies: The Formative Contexts of Adult Individuality,” Emotion, Space and Society 30 (2014): 1-6.

“Haunted By History: Merleau-Ponty, Hegel, and the Phenomenology of Pain,” Journal of Contemporary Thought, (2013): 34-51.

“Self and Other in Hegel’s Phenomenology of Spirit,” Journal of the Indian Council of Philosophical Research 28 (2011): 1-18.

"The Self as Resolution: Heidegger, Derrida and the Intimacy of the Question of the Meaning of Being," Research in Phenomenology, 38 (2008): 90-110.

"Temporality and the Future of Philosophy in Hegel," International Philosophical Quarterly 48 (2008):59-68.

"The Spatiality of Self-Consciousness: Originary Passivity in Kant, Merleau-Ponty and Derrida," Chiasmi International, 9 (2007): 219-232.