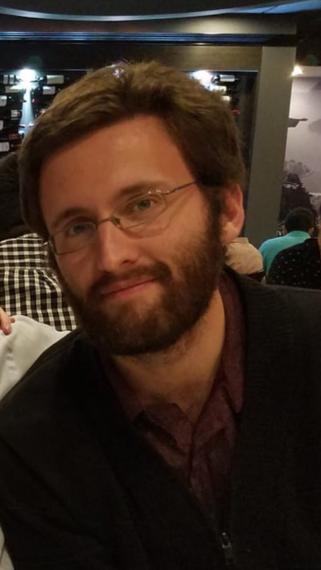 I have three broad areas of interest: (1)  political philosophy,  (2)  Continental philosophy  and  (3)  the philosophy of social science.

With regard to political  philosophy,  I read broadly,  but I focus on radical political thought:  Marxism,  democratic socialism,  syndicalism,  and especially anarchism.  I have other interests as well,  however, including queer theory,  cosmopolitanism,  liberalism,  governmentality,  theories of power,  kyriarchy,  electoralism,  and more.

The philosophy of social science is a subset of the philosophy of science.  Just as philosophers of science,  generally,  ask questions about the methods and foundations of the sciences,  so too do philosophers of social science ask about the bases and implications of disciplines such as psychology,  economics,  political science,  sociology,  and anthropology.  There are a number of important topics for philosophers of social science to consider.  For instance,  how do various societal phenomena interact,  and what is the causal nature of their relationships?  Which phenomena cause the others?  What does it mean for something in society to "cause" something else?  Is society best explained with reference to structures and institutions,  or is it better to explain society through individual agents and their actions and beliefs?  Is society similar to,  or different from,  a natural ecosystem?  Should we try to explain society the same way that natural scientists approach chemical reactions, star systems, or the mechanical properties of acoustical waves?  Or does studying society require a different approach?

Although not frequently the subject of polite conversation —academic or otherwise— both classic and contemporary anarchist texts are rich in political and philosophical themes.  Kropotkin’s writings on the role of mutual aid as a factor in evolution,  He Zhen’s castigation of elite feminism (in 1907),  Goldman’s defense of homosexual love (in 1915),  Bookchin’s elaboration of capitalism’s ties to the ecological crisis,  and Chomsky’s cataloging the role of the mass media in manufacturing docile citizens display but a portion of the variety of topics to which anarchists have applied themselves.  Questions on human nature,  the just society,  the logic of the state,  and the essence of authority,  among others,  can be found on every page.

My primary interest is the intersection of anarchism with philosophy.  While anarchist works easily find a place in political philosophy more broadly,  anarchist themes can also be read in consonance with those of Hegelianism,  phenomenology,  existentialism,  pragmatism,  and post-structuralism.  The investigation of these potential crossroads,  unfortunately,  is given little attention in the academy.

I intend to focus my doctoral work on a philosophical investigation of hierarchy,  both the hierarchy of ideas ( which I feel is necessary ) and the hierarchy of persons ( which I feel is decidedly not ).  To what extent is the separation and ordering of ideas a constitutive quality of human thought?  If it is constitutive,  does the ordering of people follow inevitably from this? If it is not,  how,  and why,  do we go about valuating our values?  How are human beings ordered in contemporary society?  Where do these human strata come from?  What is the best way to analyze systems of domination?  What is the best way to challenge them?  My intention is to approach these questions by drawing from both philosophical and anarchist literature.