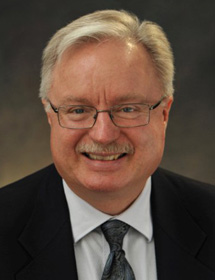 “OAC is one of the founding bases on which this University exists. OAC is responsible to conduct basic and applied research for the benefit of society. I think it is an amazing mandate, things that we do at OAC have relevancy to society and to the community and is a direct benefit to the people of this country.” – Clarence Swanton

Clarence is chair of the Ecumenical Campus Ministries (ECM) on campus. ECM is a partnership of the United Church of Canada, the Presbyterian Church in Canada and the Anglican Diocese of Niagara. The ministry offers resources, support and services to students from a faith perspective.

Clarence also volunteers his time coaching the OAC Weed team. The team competes in agronomy competitions annually in the United States. The students are challenged with case studies, weed identification and other critical thinking scenarios to challenge their knowledge and problem solving skills

Clarence’s research has received attention and recognition throughout his career. He has received the Ontario Agricultural College Distinguished Researcher Award, Excellence in Weed Science Award for Canada, and the Weed Science Society of America’s Outstanding Researcher Award. Clarence continues his legacy of successful research by focusing on reducing the footprint of agricultural production systems in the environment and investigating the stress tolerance of plants and their signaling mechanisms.