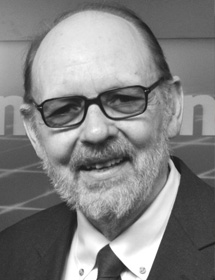 David Stanley played an important role in shaping the University of Guelph’s Department of Food Science into one of Canada’s leading food research and teaching departments. David’s research on food texture and structure helped find solutions to food problems throughout the world.

“As a new non-production department we had to establish and prove ourselves by getting research funding and setting up relationships with the food industry. We became one of the top food science departments in North America in a few short years, mainly due to Professor John deMan” – David Stanley

In 1969, David was invited to join the newly formed food science department by Prof. John deMan. deMan thought David’s expertise in food’s structure and texture would diversify research in the department that was previously only focused on dairy. deMan was right and David’s work would eventually support the department in gaining a strong national reputation for food science excellence.

For his research, David participated in international projects that applied research to food issues in developing countries. In the tropical climates of South America, David helped communities make beans easier to cook and more palatable by finding new storage methods to maintain ideal texture. By carefully sealing and storing beans in bodies of water, beans require less fuel to cook and nutrient value is uncompromised.