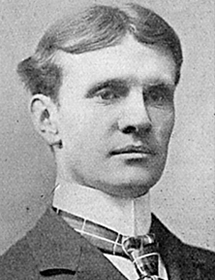 Following graduation from the Forest City Business College in London, Ontario in 1890, George Putnam was registrar and secretary to the principal of OAC, James Mills, from 1890 to 1901. Putnam was then superintendent of institutes (including Farmers’ and Women's Institutes) from 1904 to 1934.

“Many are inclined to look on [the Women’s Institutes] as an educational movement for the purpose of teaching the women of the farm how they may undertake the farming operations which are now for the most part carried on by men. This is not the province of the organization.” – George Putnam

Putnam was superintendent of the Women’s Institutes (WI) in Ontario from 1904, when the Ontario Department of Agriculture took an active interest in the organization as an adjunct to the unpopular Farmers’ Institutes. He ensured that the Department of Agriculture continued to sanction WI activities, and he directed the WI as its focus evolved from scientific homemaking and the modernization of the farm home to social reform.

Putnam’s department funded lectures on such topics as ‘Economic Housekeeping’ and ‘The Farm Kitchen’. He recruited OAC staff to speak on scientific housekeeping at branch meetings and at the annual meeting in Guelph. Although Putnam also encouraged farm women to present papers at meetings, this opportunity was difficult for women whose days were already fully occupied with family, home and farm responsibilities. The WI began to show lasting promise when he encouraged the formation of branches in small towns, where women often had more time and were more experienced at organizing. Many branches initiated projects with a wider community focus, such as patriotic work during World War I and children’s health and education.

In 1919, branch and district institutes formed the Federated Women’s Institutes of Ontario (FWIO). With the approval of Superintendent Putnam, who continued to oversee the programs and activities of the FWIO until his retirement in 1934, the FWIO expanded its social reform work.