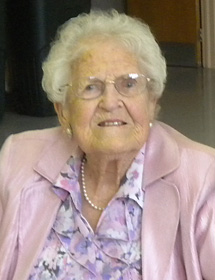 Helen Quinn grew up on a 100 acre farm that included dairy cattle, poultry, and animal feed crops. Her family sold what they grew and raised on the farm to support her family of six. Helen recently celebrated her 100th birthday this year with memories of OAC still fresh in her mind.

“I remember the nice people the most. I didn’t know what I was getting into in my first year, but all of the students were friendly and looked out for the few women at the school.” – Helen Quinn

Helen’s sister worked at the Ontario School of Agriculture in the English Department. While contemplating attending the Macdonald Institute to become a teacher, the professor supervising her sister at the time insisted Helen attend OAC despite the fact that she was under the age restriction of 18 at the time. With the help from that same professor, Helen enrolled as one of five female students attending OAC at the time. She was also one of the youngest students to attend. Helen majored in math and physics.

While on campus, Helen worked in the Massey Hall Library. Helen was a general student labourer and often worked in the garret (attic) of the building. One Friday afternoon the management staff forgot about her and she was trapped in the upper level of the building, potentially for the whole weekend. Helen could hear students playing rugby nearby and, with no luck, attempted to call out to them through a drainpipe. She eventually escaped through a window and slid down the drainpipe to freedom.

While at OAC Helen met Ronald Quinn, a dairy science student in the same graduating class as she. They married just after Christmas the same year as their graduation and had six children. Their eldest child, Dianne, also graduated from OAC (’59) and was awarded the Governor General's Academic Medal that year. Helen’s post-graduation work life included some time with Canada Post, a number of years in the drapery department of Simpson’s (now Sears), and in Toronto with the tax department of Revenue Canada. When both she and Ron were retired they ran an income tax business from home. 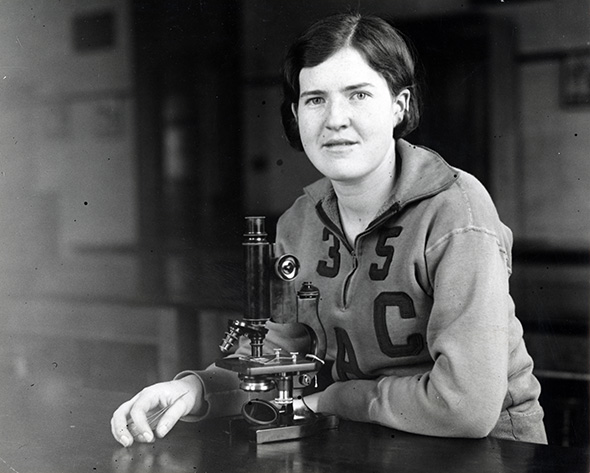 Helen Quinn (née Farquhar) during her time on campus.