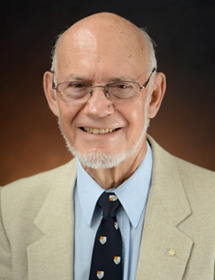 Ken Kasha is a professor emeritus with the Department of Plant Agriculture who became well known around the world for discovering how to produce double haploid barley varieties in fewer plant generations. Ken’s techniques have led to the production of numerous new barley varieties worldwide and to similar haploid success in other major crops.

“I couldn’t have found a better place to work. Nowhere else could I have been as successful as at OAC.” – Ken Kasha

In 1953, Ken Kasha began a B.Sc. (Agr.) at the University of Alberta with the intention of doing extension work, but in his second year he was introduced to the topic of plant genetics. His interest in the subject would eventually lead him to the University of Minnesota, where he worked on his PhD with famed plant geneticist Dr. C. R. Burnham. He joined the University of Guelph in December 1966 after working at Agriculture Canada for four years.

Traditionally it takes 10 to 12 years to develop a new cereal variety, but Ken and his research team discovered a method for quickly producing many haploid (a cell with only one set of chromosomes) barley plants. By chemically or physically treating these cells they created a double haploid and therefore a plant with genetically uniform progeny. The ability to produce genetically uniform plants in one generation meant that the time required to produce new varieties could be greatly reduced.

When the results of Ken’s haploid research were published in 1970, it received international attention and many international visitors came to Guelph to learn the new methods. He was also invited to speak at conferences in more than 20 countries and spent years participating in International Agencies educating breeders in developing countries. Ken’s work becomes especially impactful in the issue of food security, as researchers need to quickly develop varieties that will react to a specific issue.

Among many other awards, Ken has been honoured as an Officer of the Order of Canada, elected a Fellow of the Royal Society of Canada, as well as receiving the Ernest Manning Outstanding Innovation Award in 1983.