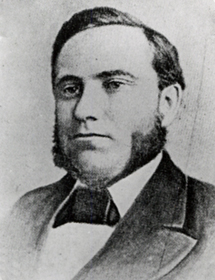 William Johnston was born in Scotland, but immigrated to Canada at the young age of three. He attended Victoria College in Toronto to achieve a diploma and soon after held a teaching position in Northumberland County at the age 15. Johnston returned to Scotland due to illness and attended Edinburgh University while at home, starting his degree. He then finished his degree at the University of Toronto when he returned to Canada in 1872.

“[The college existed] to increase the agricultural products of the country and to raise the social standard of the farm community by placing here and there over the land a greater number of intelligent agriculturalists, to act as leaven upon the mass.” - William Johnston

Johnston began his career at the Ontario School of Agriculture in 1874 as rector. He was a tireless worker, which was required for the position he would eventually take on. The school had a shaky start within its first few months of operation, when the first principal, Henry McCandless, was forced to resign. At the age of only 26, William Johnston was appointed as the new principal of the Ontario School of Agriculture.

Johnston had exceptional administrative skills and discipline, which aided him in restoring order to the chaos of the school. He did not have a depth of knowledge in agriculture, but his commitment and hard work made up for his lack of experience. In addition to answering letters, balancing the budget, serving as the dean of residence and the registrar, Johnston lectured in subjects including English, botany and zoology.