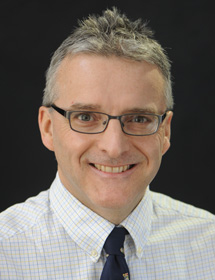 Robert Gordon is the current dean of the Ontario Agricultural College and also a professor in the School of Environmental Sciences. He was appointed on August 1, 2008 and is currently serving his second five-year term. As a researcher, Rob focuses on environmental resource management at the farm level. He has dedicated the latter part of his career to the advancement of OAC, its departments, campuses and research stations as well as supporting Ontario’s agriculture and food industries our environment and rural communities.

“OAC is globally recognized for long-standing leadership in supporting agriculture, food, the environment and rural communities. The foundation of this success continues to be our exceptional people.”  - Rob Gordon

Returning to the University of Guelph as the 14th dean/president of OAC, Gordon took leadership just as large financial cuts were imposed on the college. During his first term as dean, Rob impressed his faculty and administrative colleagues with his ability to strengthen the college even during difficult financial times. Industry, alumni and students have also noticed his leadership, and he has widespread respect across all of stakeholder groups. Rob has been credited with restoring OAC’s prestige as a global leader in agriculture by re-forging strong relationships within the University, and externally with federal and provincial governments, business leaders and alumni.

A leading authority on agri-environmental issues in Canada, Rob held the first ever Canada Research Chair in Agricultural Resource Management at the Nova Scotia Agricultural College prior to his appointment as dean of OAC. Rob’s research focused on the identification of adaptive resource management issues at the farm-level, including optimizing the performance of low cost on-farm wastewater management technology such as treatment wetlands, soil infiltration systems and composting methods. He was the chief administrator of the Nova Scotia Environmental Farm Plan Program and chair of the science and the innovation chapter of the province's Agricultural Policy Framework. Along with countless other awards, in 2007, he was presented with a Premier's Award of Excellence, the most prestigious award a Nova Scotia public servant can receive.