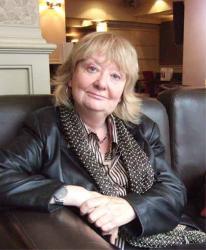 Design for Theatre, Film, and Television.

I have been a theatre, film and television designer for many years. I’ve designed for The Gate Theatre, Dublin, Theatre Calgary, Alberta Theatre Projects, Theatre New Brunswick, the Neptune Theatre in Halifax and Tarragon Theatre in Toronto among others. My TV and film credits include Art Direction for The Kids in the Hall, La Femme Nikita and the New Ghostwriter Mystery Series. I’ve also worked as the set designer on Ararat and Where the Truth Lies, two films by Atom Egoyan.  I’ve been president of the Associated Designers of Canada and continue to keep up my professional design work particularly as a designer at the Blyth Festival Theatre in Blyth, Ontario.

Before joining the faculty at the University of Guelph in 2005, I taught Design for the Theatre at Concordia University in Montreal. I love passing on the knowledge I’ve gained in the profession to the students at Guelph. I like the way that students in the Theatre Studies program have a chance to work in all aspects of theatre: an actor in one show will be a stage manager for the next show then a technician for another and so on. This means that I’m not only teaching prospective designers but also working with students who want to be directors, actors, playwrights and teachers. I find that very few people really understand the important part design plays in theatre and students at Guelph have a chance to learn more about this. In our program, his practical knowledge of theatre is balanced with classes that help students develop an analytic and critical voice. I love to watch students grow as they progress through the four years in the program and keep in touch with many of our graduates who go on to work in the profession, teach, form their own theatre companies and attend graduate schools.

Brahm and the Angelphotos by David Babcock