Lacing Up with OAC’84 Old Mules

On November 24 and 25, 2018, the annual University of Guelph Alumni Hockey Tournament took place. OAC alumni throughout the years gathered at the University of Guelph Arena to try their luck at this year’s title. The graduates of OAC 1984 were short a few alumni and allowed me, Anna, to join the “Old Mules” for the tournament and the festivities that followed. Here's a re-cap on the day's events.

Throughout the years, the now 55+ year-old players have lost a few of their teammates and require backup from the next generation. Although we didn't win, the alumni enjoyed the opportunity to revisit their alma mater and play with old classmates. 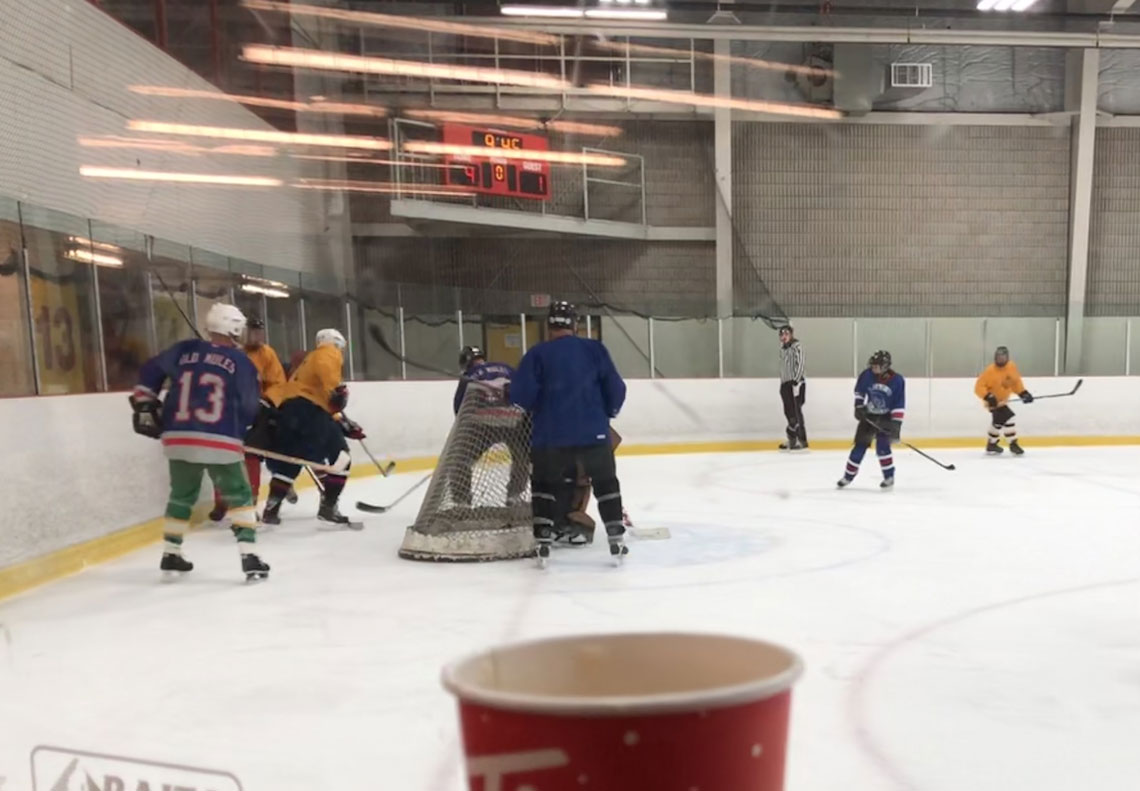 Here the team plays the OAC’85 team. Barry O’Neil, number 13, still uses his original green hockey pants and a wooden stick. He enjoys coming to Guelph for the alumni tournaments to see what some of his old classmates are up to. He finds it inspiring to hear what his old friends are doing every year. 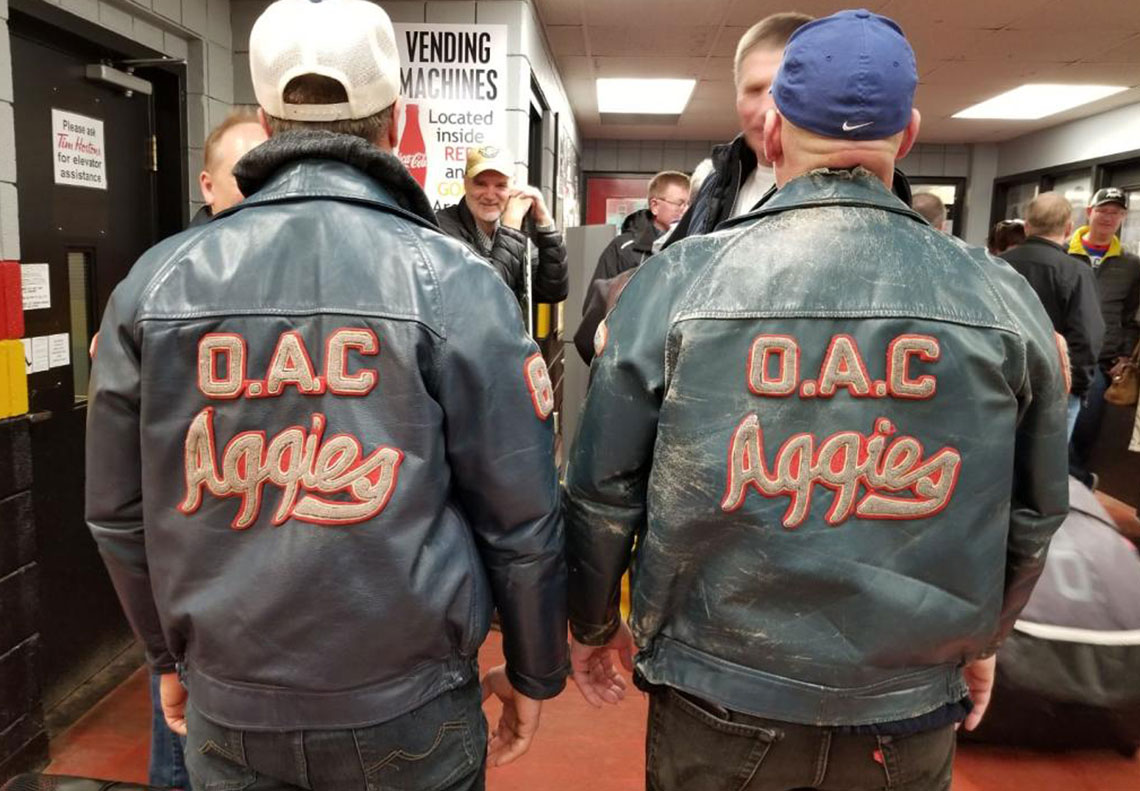 Many of the Old Mules still proudly wear their OAC jackets to alumni events. Like the owners, the jackets are starting to show their age just a bit. 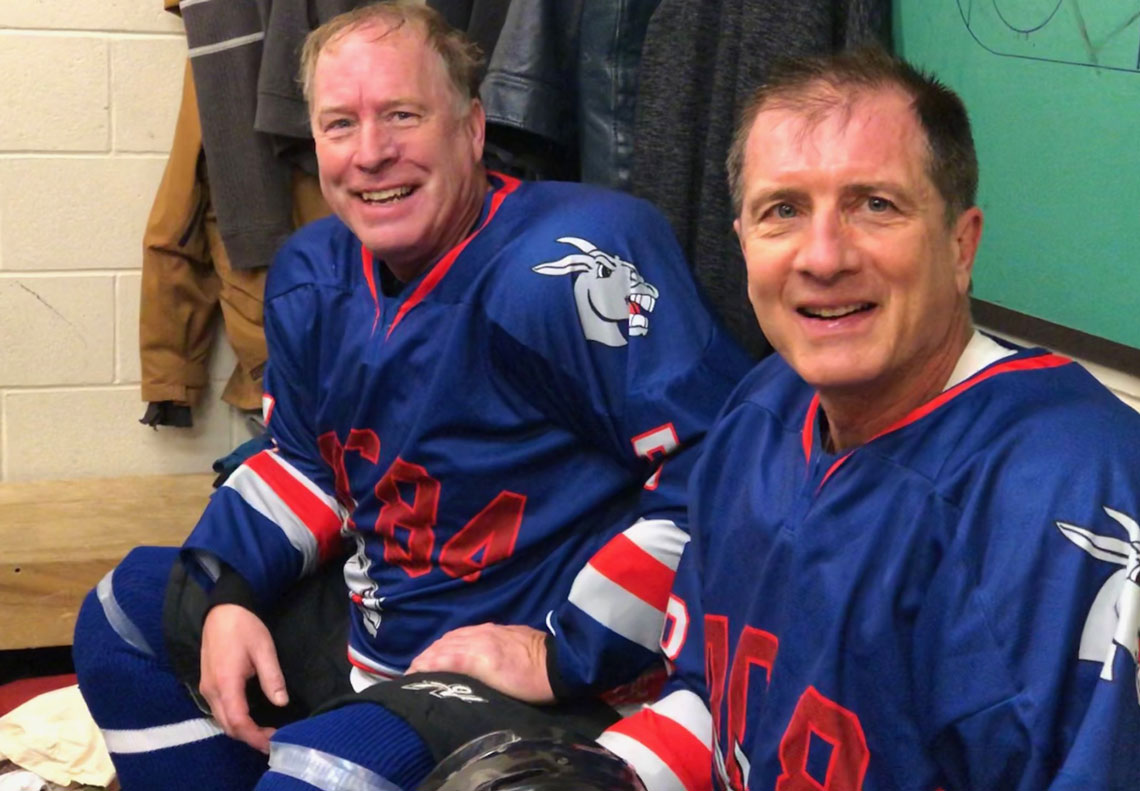 Dave Hill (left) and Ken Rounds (right) were a defensive duo on the ice this year. Ken Rounds owns an agritourism farm in Elmvale, Ontario located near Barrie. Agritourism is farm based tourism and allows visitors to learn more about agriculture. He believes it’s important to come back to Guelph for the tournament to keep up relationships with classmates that moved away. He enjoys coming back to see how the University has changed since his time on campus. 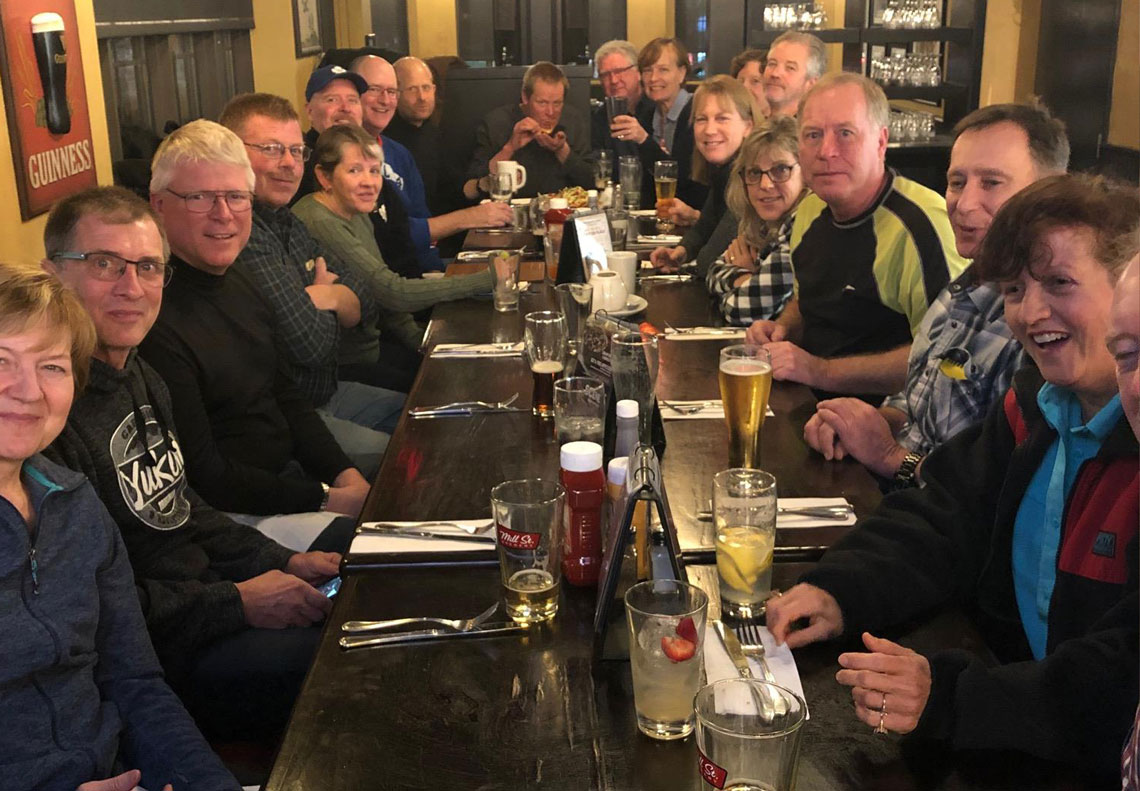 After the game, the players and their spouses took to a local Guelph restaurant to reflect on the game and catch up with their former classmates. Once a year they take the chance to discuss their careers, family and favourite memories from their time at the University of Guelph. Some favourite classes from their time at Guelph include plant anatomy and weed science class. 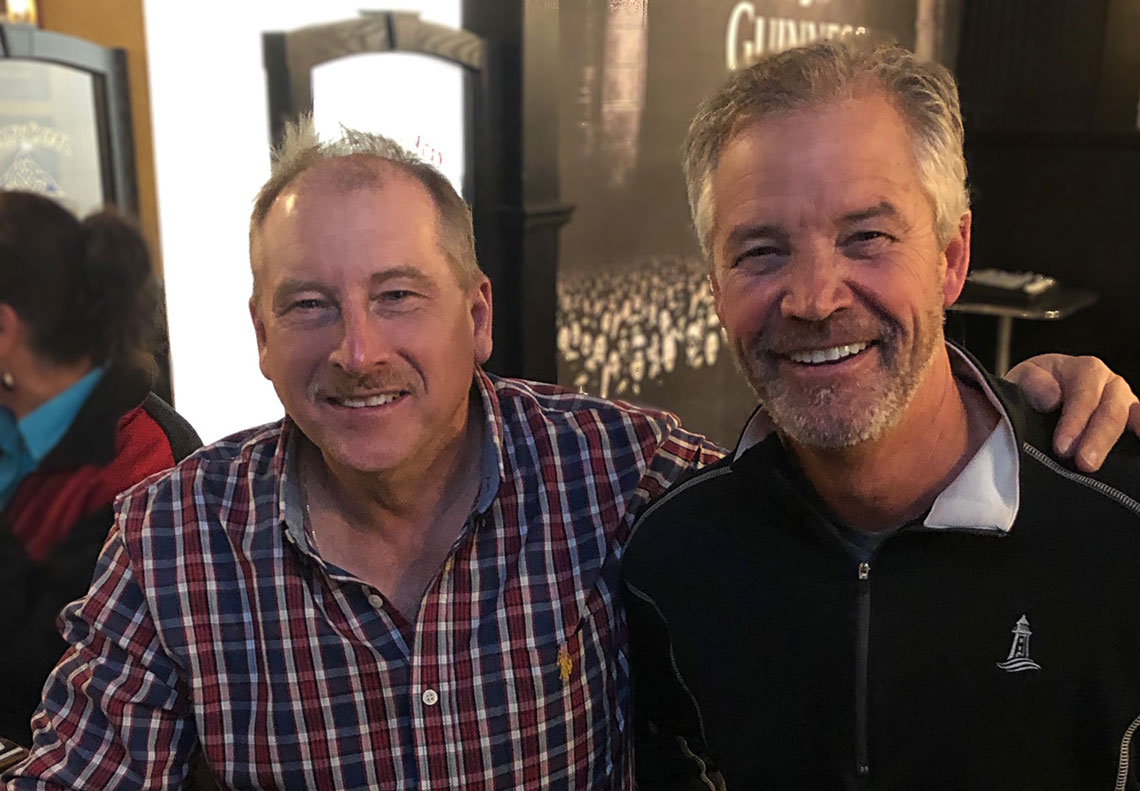 Greg Stubbings (left) and John Anderson (right) make up 2/3 of the “Horticulture line.” From 1980-84 the three horticulture degree players were on the same line. John does land development and large landscape construction on golf courses and parks. He was one of the only goal scorers of the tournament for the Old Mules. John returns to Guelph every year for the tournament for the comradery with his old friends. He remembers 20 years ago when they qualified for the finals, but were having such a fun time with friends that they decided not to go to the game! 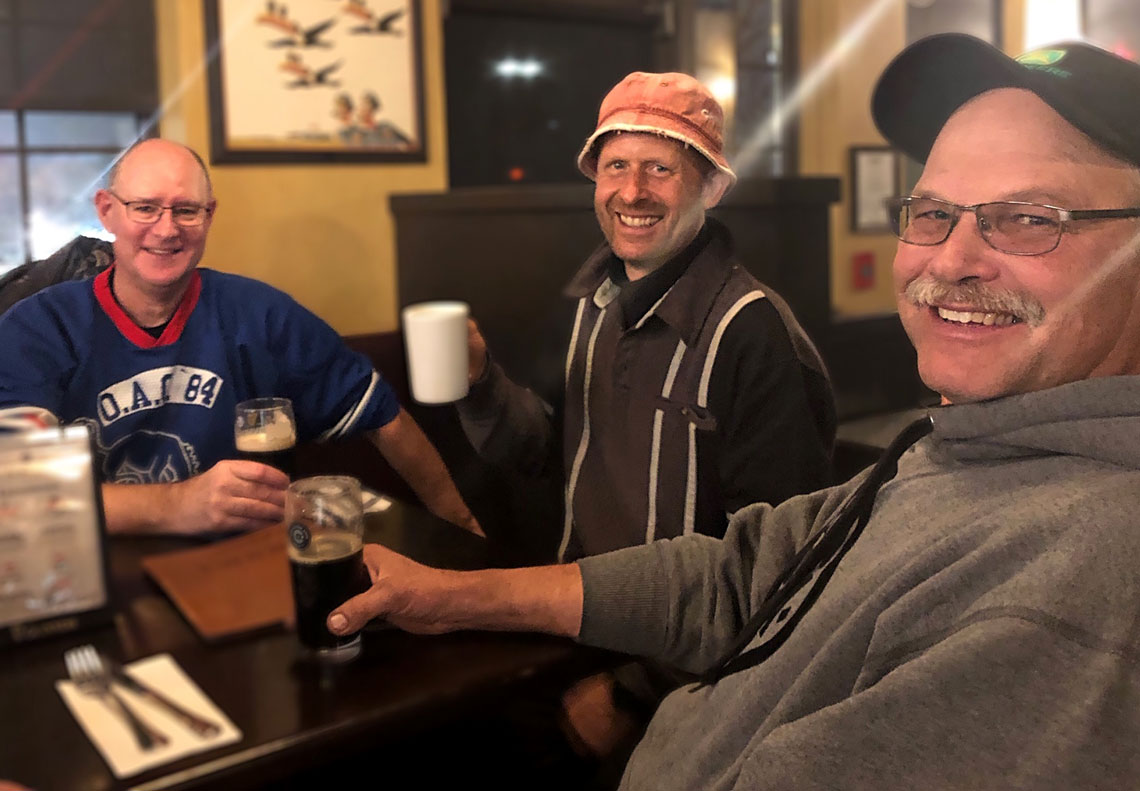 Brad Bandeen (left), Barry O’Neil (middle), and Vince Stutski (right). Vince is a sheep and land Farmer in Perry Sound, Ontario. Although Vince can no longer play in the hockey tournament due to an injury, he still makes the trip to Guelph. He comes to see the friends he has played with for 38 years and has a lot in common with.

Every year this group from OAC’84 gets together and shows the importance of making time to catch up with old friends and celebrate the past.